Influencing Subconscious Behavior by Music and Lighting in a Restaurant

The number of restaurants in the Netherlands is increasing every year, however, customers are spending less. This makes it important for restaurants to differentiate themselves from their competitors. The traditional focus is often on product range, location, service, and price. However, recently a new element has started to gain popularity: environmental cues affecting subconscious behavior. This article is about an experiment in a restaurant in one of the biggest theaters in the Netherlands. Can people be influenced by environmental cues at this specific location?

The experiment was conducted in a restaurant for two months. Music and light conditions were manipulated and 451 customers were asked to rate how perfect their dinner was, how comfortable, happy, and at ease, they felt. Finally, they were asked if they would return to the restaurant. Wansink (2010) showed that soft and warm lighting made people enjoy their food more. Warm lighting is often associated with red and yellow. Red creates a mood that moves people to action and stimulates buying (Bagchi, 2013). Two music styles were used: pop music (top 40) and classical music (light piano tones). These two music styles were compared to the regular music that was played in the restaurant (jazz/lounge). In the lighting condition red, yellow, and white lighting were used. 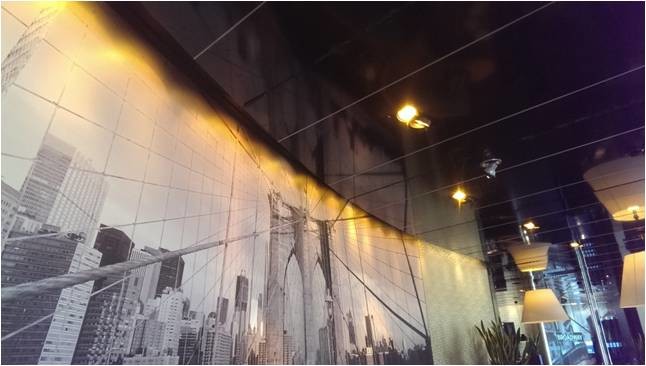 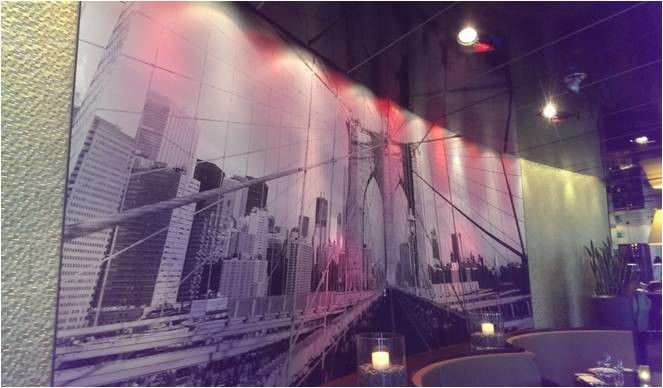 The difference in light conditions

This experiment shows that music can affect perception, feelings and the spending pattern of customers in the restaurant in the theater. Supporting previous research, this shows that visitors to the theater, as in other restaurants, can be influenced by environmental cues. Music not only affected the emotions of customers, but also the average spending. In total, customers spent 20% more with classical music (!). Interestingly enough, a large difference is shown between classical music and pop music. Classical music leads to a higher result than regular jazz music. Popular music on the other hand scored in most cases lower than regular jazz music. This was not expected. One reason for this may be that popular music does not correspond with the luxurious feeling of the restaurant. The effect of lighting has shown different results. From the literature, we would suggest that a stimulating environment (i.e. red lighting) would make guests spend more (Ryu & Yang, 2007).

This experiment showed that the average spending increased in the yellow lighting condition. However, yellow lighting also lowered how comfortable customers felt. Red had a positive effect on the emotions of the customers compared with yellow. The restaurant has been refurbished in the meanwhile and the experiment helped guide the choice of layout and ambiance of the surroundings. Together with our own experiments and our hands-on approach, we can combine science with daily business to create better customer experiences and higher revenues. Based on current and previous studies we recommend implementing the changes in-store. Not because “we think it works” but based on actions and facts.