Although we live almost constantly with the feeling that we are connected to reality, most of the time we are subject to the deceits of our own brain whose biological mechanisms are barely being discovered. 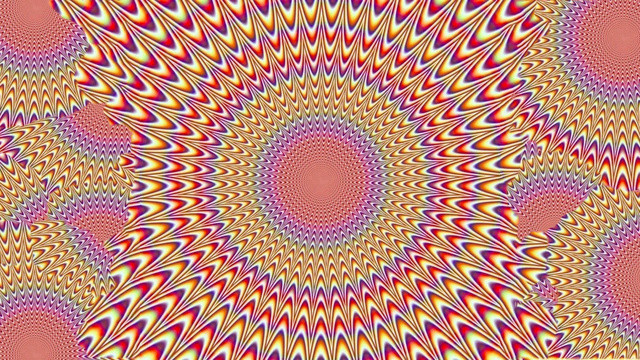 The human brain is not only programmed to understand things, but also to give meaning and coherence to the input received via the senses, although sometimes it makes up and mixes reality with its own figments to this end. The way in which it uses these figments to browse through the real world is mostly predictable, as neuroscientists start to understand the biological phenomena behind them. Actually, they have been claiming for years now that most of what we perceive from reality is the figment of our imagination. This is possible in that the neurological mechanism responsible for processing the data collected through the senses (eyes, ears etc.) is also responsible to create dreams, imaginative scenarios in idle mode, hallucinations and memory loss.

The Latin term illudere means “deceit” and it is exactly our brain who deceits us most of the time, not the external world. This does not seem to bother us given that we often believe illusions to be highly interesting and entertaining. From a certain perspective, illusionism is the art of catching, maintaining and shaping the public’s attention, focusing it on certain details and distracting it from others, while the experience itself is carefully directed so as to distort our perception of what occurs right before our eyes. Nonetheless, illusionism shows are very popular and appreciated. In the Internet culture, optical illusions are among the most popular visual memes. Gizmodo created at the beginning of the year a ranking of the best Internet illusions. The design objects that include illusions are also highly appreciated to that “Wow!” factor caused at a first impression.

Optics, psychology and neuroscience researchers created the most important optical illusions in the attempt to understand how the brain works and that is why most illusions bear the name of famous scientists: the lightness illusion created by Professor Edward H. Adelson from MIT, the famous motion illusion created by the Japanese psychology Professor Akikoshi Kitaoka, used later on in a CISCO Systems campaign under the motto “Chaos organized!” and also in a Duracell ad in order to give the impression of motion; the color illusion created by Professor R. Beau Lotto from the University College London etc. The famous contest “Illusion of the Year”, awarding the most successful optical illusions in the world, has among its sponsors research institutions such as Applied Science Laboratories, Arrington Research or Mind Science Foundation.

Optical illusions are very frequent in brand design, trying to convey messages to the subconscious through ambiguous images, using symbols in the main visual that only reveal themselves at a closer look. An example is the arrow in the FedEx logo that’s always pointed towards the front, creating the perception of dynamism and speed. The logo of Spartans Golf Club shows, depending on how you look at it, a golf player or the head of a Spartan player from the side.

Spartan Golf Club Marketing campaigns often include optical illusions exactly because they trigger an almost “magical” experience of the viewer in relation to the brand and allow images to speak for themselves, in a memorable and funny way. In Canada, for example, a couple of years ago, there were images on the streets creating a 3D illusion of huge holes in the concrete so as to determine the drivers to slow down. The stickers were initially part of a campaign deployed in 2007 in India for Pioneer Suspension, a supplier of vehicle suspension systems. Brusspup created an optical illusion in partnership with Ray-Ban to highlight the Ray-Ban Clubmaster sunglasses collection. Shapeless illusions are created through 2D representations of objects from a perspective showing an accurate image from a certain angle, but the illusion disappears along with the image rotation. The video was so popular that Ray-Ban plans to create a series of such advertising videos.