The holiday season is now officially underway. Cities around the world are soon to be draped in twinkling lights, while retailers ready themselves for the large influx of customers who make this time of year among the most lucrative. One theme we are likely to see everywhere is the color red: red lights, hats, sale signs, poinsettia flowers, décor, ribbons, and ornaments, etc. Given that red is the accepted color of the season, how much do we really know about its effectiveness in generating sales in shops around the world? 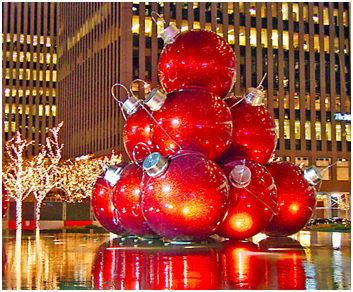 The answer is really quite surprising. Some argue that red is psychologically arousing and excites us to shop.[1] Others argue that red leads to increased attention to detail.[2] Most interestingly, however, is how men and women react differently to the color itself. In retail environments, men report that when they see red sale tags they believe that they are receiving a more favorable price and feel positive about the decision they have made – it is a valuable heuristic used to make shopping simpler. Women, on the other hand, report feeling suspicious about red, and are under the impressing that they are being tricked.[3] Researchers at the University of British Columbia have found that we associate red with stop signs, fire trucks, and the teacher’s pen – all things that produce an element of danger.[4] Danger, however, can signal power, which is where red’s appeal in retail becomes apparent.

How can your business capture its share of the estimated $640 billion markets? [5] Biological and neurological studies have arrived at the same conclusion. The answer is red. Have your salespeople incorporate red into their uniforms, or perhaps use red lipstick or blush in their makeup routines, as these tactics have been known to increase consumer spending. Insofar as red signals power, it also signals attraction, with both men and women reporting higher levels of attraction for the opposite sex when wearing red clothing, resulting in consumers reaching deeper into their pockets than they otherwise would have.[6]