The global haircare client was looking for more insightful ways to evaluate and then optimize the effectiveness of their North America TV advertising for the UK market. The product was a women’s haircare product with specific feature benefits.

Having reviewed what was considered critical in ad effectiveness measures, the following criteria were set out. The ad must score well on the following attributes:

Mindlab created a six stage test framework procedure combining both explicit and implicit modalities. This dual approach tests whether the advert succeeds on a rational level (by communicating memorable product benefits that viewers can refer to at the point of sale) as well as on an emotional one (specifically ensuring that people intuitively understand why the product is superior over competitors). A total of 310 UK women took part in this study. They were split into two groups (a ”test group” and a ”control group”). The test group watched the haircare creative prior to completing the test, while the control group watched it later on (as illustrated in diagram 1). In terms of brand associations and purchase intent, the control group therefore provided a baseline measure that the test group was compared against.

Testing implicit associations is commonly referred to as system 1 testing because it measures nonconscious perceptions and the associations people have with brands and products. This ”gut” measurement differs from explicit (system 2) questioning. Explicit attitudes are formed on a conscious level and are easy to self-report. This forms the basis of most traditional market research. With implicit testing, participants are asked to pair two concepts (e.g. attribute and brand) together and see how the different pairings either slow down or speed up simple sorting tasks. Attributes tested implicitly included Affordable, Beautiful, Credible, Healthy, No.1 brand and Premium.

Initial results showed that the advert delivered strongly against the objectives overall, but also highlighted some areas for potential improvement. The output was used to provide feedback regarding a number of specific elements, with the aim of increasing the advert’s effectiveness. Specifically, the memorability test showed that one of the testimonials used in the adverts did not resonate with the target audience, and some of its messaging (easy to use, single application, instant results) were not communicated strongly enough. Explicit feedback also highlighted that the music was too polarizing. The suggested changes were then implemented by the client, and the ad was re-tested to measure the effectiveness of the changes.

Significant improvements were recorded for a number of measures (comparing the second advert cut with the initial version): 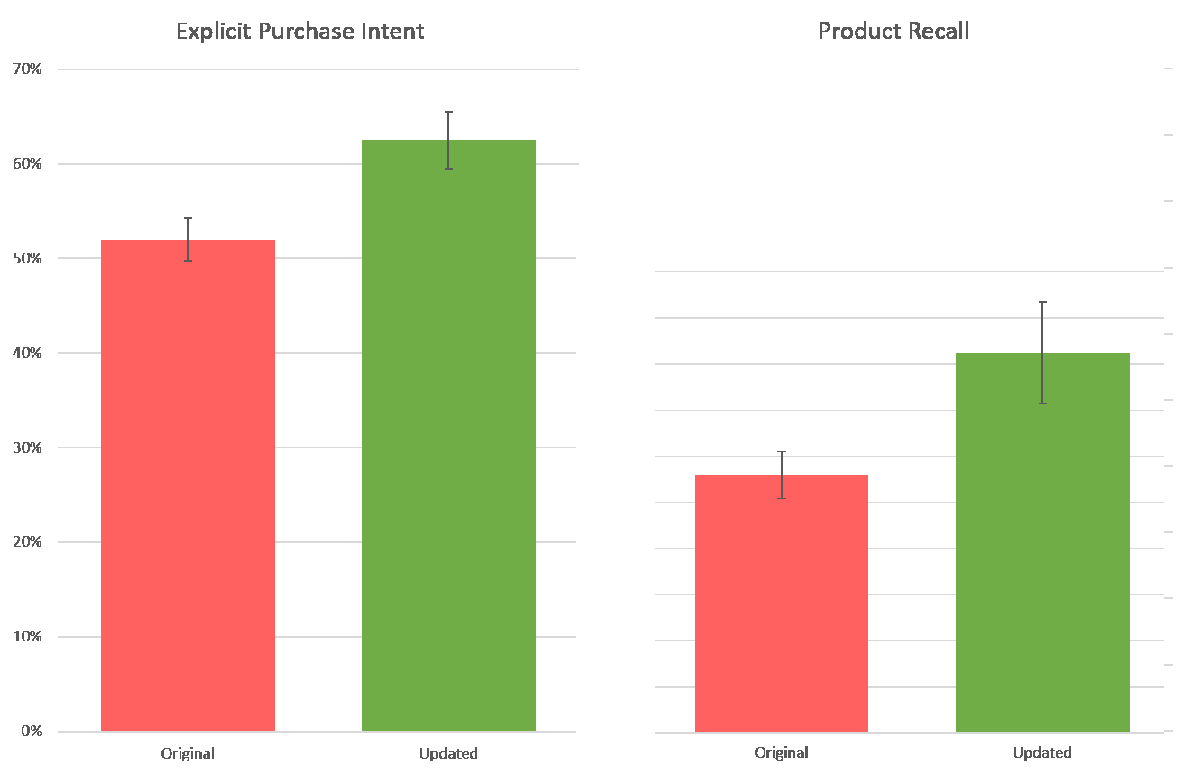 Product recall results were increased, while the retention of product feature information lifted by a factor of 47% (from 28% to 41%).

Overall positive associations for the product increased by 10%, whilst competitors on average dropped by 12%. Positive brand attributes increased across the board for the client and decreased for all competitor products. 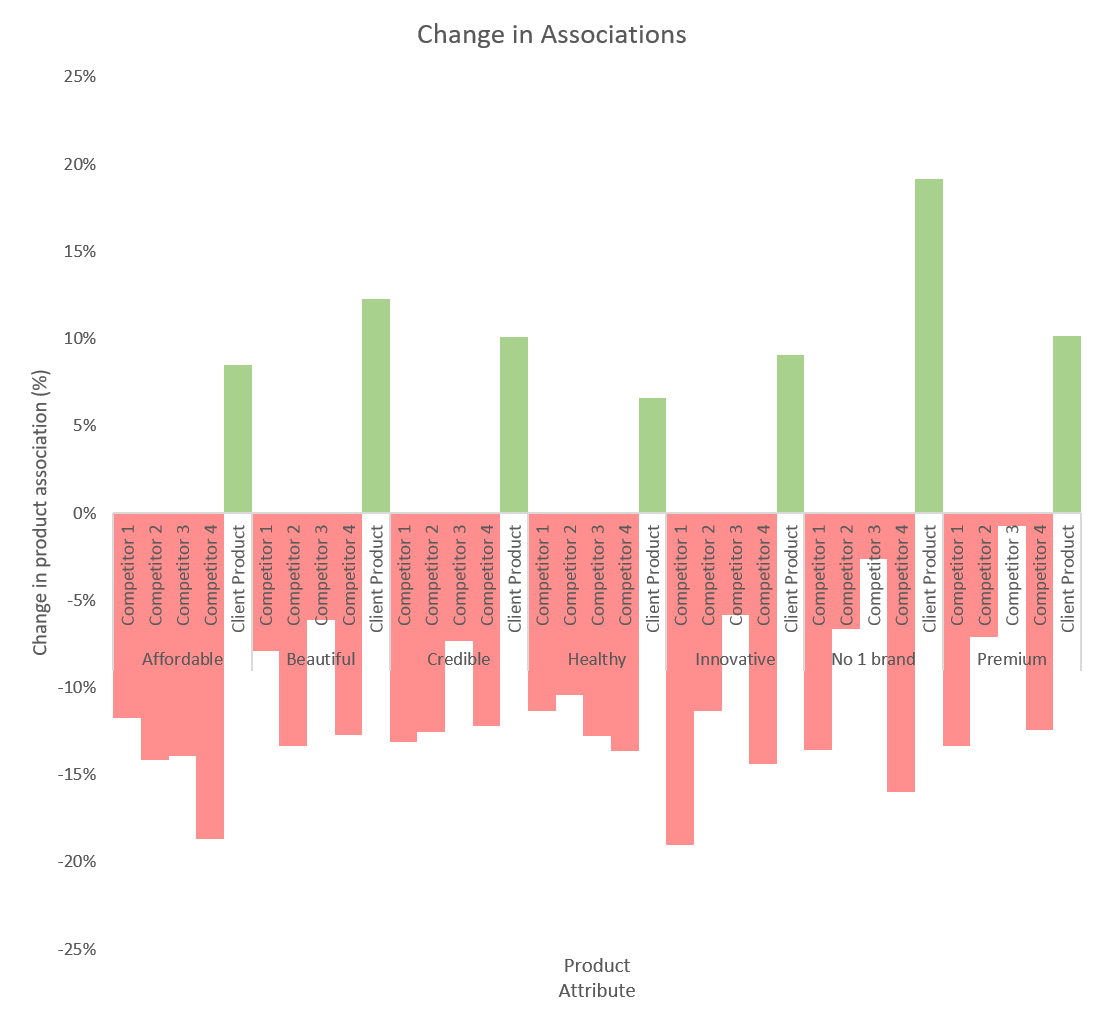 Mindlab’s tailored approach combined a variety of science-based research techniques to give a more thorough analytical and insightful evaluation against the client action standards. Implicit tools were used for areas that required non-conscious response measures e.g. attribute association. The different layers of analysis helped identify more clearly where the improvements were needed within the creative execution. The client and creative team used the insight as confirmation that the advert strongly delivered against its aims, but also took the specifi c feedback as an opportunity for improvement. The changes they made based on the research resulted in a stronger ad overall.