Implicit measures: what is it? How to use it?

Women already knew it long before; when you ask a man if he likes your dress, and he takes a little too long to answer, his actual thoughts may be something entirely different from what comes out of his mouth as a reply. Femke van Zandvoort (NMSBA) collected some views on IAT and related issues via interviews with some of the leading practitioners who apply this methodology

If you explicitly ask people about their attitudes, personality or other characteristics you are not necessarily going to get a true answer. This is partially because people will distort the truth to paint themselves in a better light, and partially because people are often unable to accurately reflect on their attitudes and behavior. Duncan Smith of Mindlab says the validity of self-report is also compromised because many people are completely oblivious to their characteristics and do not always have conscious access to what drives their decision-making. With implicit measures these problems can be bypassed.

Implicit measures are a range of techniques that aim to capture people’s underlying associations, motivations, beliefs and attitudes. The techniques were originally developed in academia, largely as a way to measure social attitudes, such as underlying prejudices and stereotypes that people are either not consciously aware of, or not willing to articulate, as they don’t want to appear prejudiced, says Darren Bridger of Neurostrata.

Smith explains that we constantly sort, categorize and link concepts; black/white, male/female, hot/cold. This is done very quickly, efficiently and automatically in our brains. Smith: “Essentially, we build a map of the world in our brain that allows us to make judgments and decisions without having to use as many resources. Implicit testing allows direct insight into this map of representations, and how they can be influenced by the outside world.”

In general the research techniques that have been adopted by the marketing and advertising community have been those based on reaction times. These techniques are based on two key principles. Firstly, whenever we see a word or image, all the things that we associate with it (whether we are conscious of these associations or not) become primed. That is to say that they will come to mind more quickly and easily given the opportunity. Secondly when a person is given a task that involves them recognizing a word or image, they will recognize it quicker if they are first shown a word or image that they mentally associate with it. Bridger: “In other words if they are primed, it speeds up their recognition reaction speed. Hence in these tasks reaction speed becomes a measure of the degree of association between two things, such as a word and a brand logo.”

There are many different implicit testing models but the main ones used in the context of neuromarketing are semantic priming, where a briefly presented word or image is presented, and the Implicit Association Test (IAT). The IAT is primarily used for brand positioning, brand tracking and pre/post ad evaluation. In a typical semantic priming test, a visual word or “prime” (for instance a possible brand attribute word such as ”fashionable”) will appear on screen for a few milliseconds. After this prime, one of two randomized targets (for instance “Burberry” or “Louis Vuitton”) will follow.

Gemma Calvert of Neurosense explains that the tests are performed by means of computerized web-based applications that force respondents to react extremely quickly to words or images flashed up on the computer screen. Calvert: “The method exploits the fact that subconscious and conscious brain responses (referred to by Daniel Kahneman as “System I” and “System 2” respectively in his popular book ”Thinking Fast and Slow”) occur within different timeframes. So by requiring respondents to respond very quickly, typically less than a second, it is possible to capture the literal strength of association between different concepts and emotions that they have stored in their memory.”

Phil Barden of Decode Marketing stresses that ”implicit” is not the same as ”unconscious”. Barden: “The main point is to distinguish between (a) the type of process being measured (automatic versus controlled) and (b) the type of measurement (direct versus indirect). The distinction between automatic and controlled processes is more meaningful than the indirect/direct distinction regarding measurement techniques. The key is to prevent adjustments of responses through controlled (system 2) processes.” 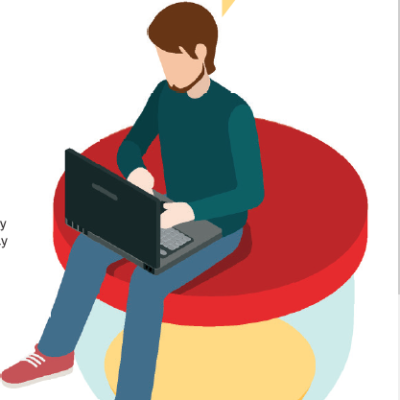 Unconscious bias and stereotyping have been known since the 19th century but implicit memory was only studied in more detail in the 1980s. The most popular IAT was developed in the 1990s by a team led by psychologist Anthony Greenwald.

Sarah Walker of Millward Brown mentions the Implicit Association Test (Greenwald et all. 1998) is a social psychology measure designed to detect the strength of automatic association between concepts. A quick answer means a strong association towards a subject. The stronger the association, the more closely the ideas are connected in memory”. It was originally introduced by Greenwald, McGhee, & Schwartz (1998) and is still widely deployed by psychologists as a method to understand intuitive responses.

Thom Noble of Neurostrata believes implicit measures are extraordinarily powerful as a neuro-tool: “As a hard core marketer, I would say it is the single most useful tool in the neuro-verse.”

According to Walker, implicit testing allows the assessment of attitude/cognition without requiring people to introspect and deliberate over their responses; in doing so, implicit measures address some of the limitations of explicit measures. For example, they are less susceptible to response biases such as social desirability (Fisher, 1993; Steenkamp, de Jong, & Baumgartner, 2010), and can help measure responses that may be introspectively inaccessible (Wilson, 2002).

The tests have evolved over time and research can now take place on tablets or smartphones, so participants can take the test in their own time and environment of choice. This is an advantage for the participant, but it also makes it an affordable and quick option for the researcher, as you do not need to invite groups to a central location.

Another advantage, according to Rafał Ohme of NEUROHM, is that clients are much more ready to use implicit technology than ”hard neuro” technology. Ohme: “It is a very good starting point for inviting clients to the world of neuromarketing. Sometimes clients are still quite afraid of micro volts and brain waves, or even more scary; fMRI images. Instead, implicit gives you something that is quite familiar to you. It gives wonderful opportunities to give insight in implicit subconscious, without the heaviness of brain waves.” Ohme mentions another benefit in that you can reach groups that you would never be able to invite to a central location. Ohme: “For instance, top private banking executives will never visit you for a focus group, because it takes too much time. With implicit reaction times, they just have to sit in front of a computer or smartphone, and give you five minutes of their time.”

There are, however, also some limitations to the tests, besides some general market research limitations. One limitation, as Smith explains, is that the outputs are not 100% accurate on an individual basis. A high implicit score does not mean that a person will definitely behave one way or another, but there is research showing that implicit scores can be used to better predict things such as voting behavior, than using explicit questions alone.”

A limitation according to Calvert is that implicit measures only capture responses to the attributes you choose to include, as opposed to, for example, fMRI which measures activity across the entire brain. In other words; implicit measures will give you answers to the questions you think are important. The results therefore can be misleading.

Ohme believes the most important thing about reaction times is to control the noise. Ohme: “For instance, you would have to control for the length of expressions, because when using longer expressions, it takes longer to answer the question. For instance the expression: ‘understand my needs’, takes longer to process than the expression ‘fun’.” There are also many individual differences. Some people are fast and some people slower to respond in general. These issues can be solved by including a calibration phase in the test. You can then compare reaction ”units” of one person with ”units” of someone else. Walker supports the opinion that “because of these differences in reading and comprehension times, the validity of this technique is really limited to single words, contrary to the claims of many vendors. Meaning, there are limitations on the types of associations that can be measured in this way.”

And, finally, although implicit measures provide valuable insights that were invisible before, it does not replace existing methods. As Ohme puts it: “It just provides the second layer. The first layer being explicit, the second being implicit. I would like to think of implicit as the sound that was introduced in Hollywood movies. Before, you had silent movies. And now, you have movies with sound.”

According to Bridger, implicit measures are of particular use in some areas that have been traditionally hard to investigate, including testing early stage creative concepts for their ability to evoke desired feelings and associations, multi-sensory stimuli (such as sound and music), and experiential areas such as simulations of website experiences.

The use of implicit measures is surely no longer limited to applications in marketing departments. As Ohme explains: “It creates completely new opportunities for us, neuromarketers, because so far 99% of our clients were marketers. With reaction times you can open doors for HR and sales departments, as with this you can, for instance, measure the level of satisfaction of your employees.”

One of the largest implicit studies run to date was conducted by the NMSBA (neuro against smoking project). This study involved testing 4996 respondents across 24 countries (heavy and light smokers) in their first three years after reaching the legal age to purchase cigarettes in a given country. A neuropsychological implicit association test was conducted with its audience to uncover new valuable insights to the existing discussion on cigarettes warnings. The study found that pictorial health warning messages are more effective than text messages only and communication oriented toward harm done to self and others is more effective than warnings focused only on smokers’ health.. More on this study can be found on the NMSBA website.

“We are at the breakthrough stage with neuromarketing research”, reckons Ohme, “where we stop being fascinated with the possibilities of the equipment, and we and are more fascinated with the insights and expertise we receive from neuro tools.” If you compare the neuropresentations we had at the Neuromarketing World Forum in Amsterdam with the ones in Sao Paulo, New York and Barcelona, you see a growing number of presentations focusing on the insights and on how to help your clients, not on what type of electrodes you are using, says Ohme. “So for the next Forum I hope we will be providing more and more solutions to our clients instead of questions. Those are for the academia; business wants solutions,” he concludes.

Phil Barden is Managing Director of decode marketing and author of ‘Decoded. The Science Behind Why We Buy’ (Wiley, 2013)

Darren Bridger is the author of the forthcoming ‘Decoding the Irrational Consumer’ (Kogan Page, August 2015)

Rafal Ohme is founder of Neurohm