We’re Strivers and Misers on the Job, not just in the Marketplace

In this article, we look at insights and methods from the fields of motivational psychology and behavioral economics. We ask what these disciplines can tell us about worker motivation and satisfaction.

Human beings are strivers. We are always pursuing one goal or another. But we are also misers—cognitive misers—in that we want to expend as little cognitive energy as possible when we pursue our goals. These two motivations obviously pull us in opposite directions, both in the marketplace and at work. Motivational psychology provides a framework for understanding how and when we pursue goals. Behavioral economics offers a practical method—behavioral design—to help balance the tradeoffs between these two motivations and improve our sense of satisfaction and well-being, both as consumers and as workers.

Innate human needs and the goals that satisfy them

Do humans have innate needs that we all try to satisfy, regardless of age, gender, race, ethnicity, or nationality? The surprising answer that emerges from decades of research led by motivational psychologists like Edward Deci and Richard Ryan is “yes.” According to Deci and Ryan’s Self-Determination Theory (SDT), all humans are motivated by three basic psychological needs which “when satisfied yield enhanced self-motivation and mental health and when thwarted lead to diminished motivation and well-being.” (2000a, p. 68)

Deci originally formulated his basic-needs hypothesis in the 1970s, based on a series of studies he conducted on what he called intrinsic motivation. At a time when most psychologists believed that human motivation could only be activated externally—by rewards, threats, or punishments—Deci observed that human beings were often motivated to do things just because they were interesting and enjoyable—a type of motivation he called intrinsic, as opposed to outside-in motivation, which he called extrinsic. Deci and Ryan identified three motivators which they characterized as basic or innate psychological needs:

Autonomy is the need to feel self-directed and in control of one’s actions. People are more motivated to pursue activities they voluntarily and freely choose for themselves, as compared to activities they feel are imposed on them by other people or external circumstances.

Belonging is the need to feel connected to others. People are more motivated to pursue activities that make them feel closer to others and that can be pursued in a supportive social context. This need is called relatedness by Deci and Ryan. 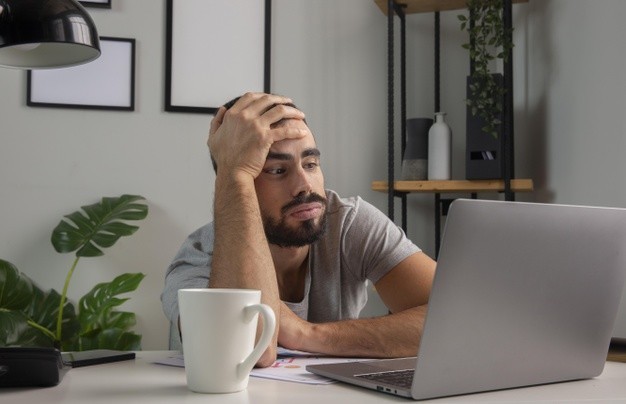 As developed in the 1990s and 2000s, Self-Determination Theory took the concept of basic needs much further, arguing that these three basic needs were not just “nice to have” but were innate, essential, and universal. A person’s ability to fulfill them, the evidence seemed to say, was a fundamental source of psychological well-being. Deci and Ryan called the three basic needs nutriments: “In SDT, needs specify innate psychological nutriments that are essential for ongoing psychological growth, integrity, and well-being.” (2000b, p. 229) Providing these basic psychological nutriments, Deci and Ryan argued, was a necessary condition for developing a well-integrated, meaningful, and satisfying sense of self. Accordingly, basic needs might also be called identity needs because, when met, they sustain a positive personal identity based on feelings of self-worth, intrinsic value, and well-being.

Throughout their research, Deci and Ryan have studied how the goals people pursue in their daily lives relate to fulfilling basic identity needs and contribute to (or fail to contribute to) personal well-being. Their findings indicate that the pursuit and attainment of some life goals provide relatively direct satisfaction of basic needs, while other goals do not contribute to, and may even detract from, basic personal well-being and satisfaction. Specifically, they studied differences in the importance people place on intrinsic aspirations (goals that directly satisfy basic needs) and extrinsic aspirations (goals such as wealth, fame, and image that at best only indirectly satisfy basic needs). In these studies, they found compelling evidence that:

... placing strong relative importance on intrinsic aspirations was positively associated with well-being indicators such as self-esteem, self-actualization, and the inverse of depression and anxiety, whereas placing strong relative importance on extrinsic aspirations was negatively related to these well-being indicators.
(2000a, p. 756)

The key insight from self-determination theory is that goals pursued to meet the basic identity needs of autonomy, competence, and belonging will, if successfully achieved, enable people to live lives that are more meaningful, fulfilling, and satisfying.

Intrinsic and extrinsic motivation in the workplace

What does the existence of innate human needs and goals mean for motivation and incentives in the workplace?

First, it means that workers are not inherently unmotivated actors who can only be moved this way or that by external carrots and sticks. Instead, they are naturally motivated actors who constantly pursue their own ongoing intrinsic goals, driven by innate psychological needs for autonomy, competence, and belonging. Second, it means that worker satisfaction on the job is not as much about external incentives like cash bonuses and dinner coupons as it is about providing a work environment that is aligned with workers’ basic needs and intrinsic goals.

Behavioral economists like Amos Tversky and Daniel Kahneman (1974, 1981) provided the theoretical framework for understanding “nonrational but predictable” real-world choice and behavior. Two key concepts in their framework are judgment heuristics and choice architectures. Behavioral designers have applied these concepts in many contexts, but mostly in the areas of consumer choice and persuasive marketing (Reisch, 2017). Recently, they have begun to explore the implications of these findings for behavioral design in the workplace.

Applying behavioral design principles in the workplace has produced some striking results that would be surprising if one were not familiar with the prior work of motivational psychologists like Deci and Ryan. In a recent study of workplace performance by behavioral economist and designer Dan Ariely (2016), workers’ motivational priorities were found to be closely aligned with the predictions of self- determination theory. Ariely found, for example, that given a choice between three rewards for a good day’s work—a cash bonus, a compliment from the boss, or a free pizza—cash was the least incentivizing. Workers were most motivated by the pizza reward, followed closely by the compliment reward. In terms of measured performance, workers incentivized with cash actually performed more poorly than workers in either of the other two groups. Other studies have found similar results (Pink, 2011; Goler et al., 2018).

How can businesses ensure that their workers are provided with opportunities to pursue their intrinsic aspirations at work? Ariely offers four suggestions:

Make work rewarding. Does your company have a larger social purpose that your workers care about? Make sure your workers understand why and how their work matters to the community and the customers you serve.

Challenge them. The more effort workers put into their work, the more competent and confident they feel, and the better they perform. Mindless work produces unmotivated workers.

Rethink bonuses. When it comes to worker motivation, cash is not king. Workers think of salaries and bonuses as “table stakes” for coming to work, not as incentives for superior performance. Be creative in providing incentives that tap into workers’ intrinsic needs and aspirations.

Motivational psychology and behavioral design provide important insights and tools for making the workplace more productive, rewarding, and satisfying. Behavioral experiments can be used to test the impact of different incentive structures on worker performance and well-being. Experimentation is particularly important because not all workers will be motivated by the same things. Younger vs. older workers, workers in newer vs. older industries, women vs. men, back-office vs. front-office workers, sales vs. support workers—all these groups and others may be motivated by different needs and aspirations. Companies that understand motivational psychology and employ behavioral design experiments to determine what works best for their unique workforce and business conditions will have more success in creating and sustaining a workplace in which all workers feel self-directed, accomplished, connected, and appreciated.

References are available on request via office@nmbsa.com