Your Brain Wants it Physical

Neuroscience of preference, a comparative study between physical and digital Direct Mail

In a digital society, will new e-stimuli have the expected impact on consumer decisions? Is there a difference in effectiveness (impact on consumer preference) between communication channels (analog vs. digital)? These were the questions that CTT - Portugal Post Office, the leading company in physical communications in Portugal, needed answers to. The present research aimed to examine the possible differences through a neuroscientific study, analyzing the cortical, autonomous and behavioral activity of the consumer during the presentation of different formats of visual advertising stimuli. According to a Canada Post technical report, traditional advertising, such as paper flyers, would be more action-oriented since the physical format provides more sensory stimulation than the digital format. We analyzed ease of understanding and persuasion using neuroscience techniques, and how they vary according to the format presented.

To this end, we designed a study using the most innovative consumer analysis techniques applying neuroscience tools such as EEG, eye-tracking, GSR, heart rate and facial recognition. Emotional reporting scales were also added for a richer profile description and drivers’ identification to be applied within the scope of the digital versus physical dichotomy.

As part of a continuous improvement process in its B2B dimension, CTT wanted to understand the effectiveness of direct mail compared with digital mail with different drivers: interest, pleasure and motivation, emotional involvement, cognitive load and stimulus processing time. In total, seven elements of direct mail and digital mail were selected and presented. Three stimuli were presented for L'Oréal and Garnier (the current direct mail, the digital one and the ICN Agency proposal for the physical stimulus). For all others, only two stimuli (physical and digital) were presented. Each participant was also asked to evaluate using the SAM (Manikin) scale, the pleasantness and activation, as well as which part of the stimulus was most pleasing (front, inside, back, several or none). The sample included volunteers in the lab for neuroscience; 30 participants (F: 10 / M: 20), with an average age of 27, all of whom responded to various scales of emotional report and an explicit questionnaire at the end.

For the study we used the EEG Emotiv Epoc + (14 channels with 256Hz collection), to identify cognitive processing, specific areas associated with behavior and measures of emotional valence. We used Eyetribe eye-tracking and attention tool 6.0 software to identify gaze points, heat maps, fixation sequences, time to first fixation, pupil response, blinks, and areas of interest (AOI). Emotient software was deployed with collection via webcam, for the identification of facial and emotional expressions. We linked dermal conductance (RCD) and heart rate (Shimmer), with special treatment of peaks. Support for data collection and processing was performed via iMotions 6.2.1 (iMotions Biometric Research, A / S) software. The following scales were used: brief maximization scale; PANAS - positive affect and negative affect scale; self-assessment Manikin - SAM in the evaluation of the stimuli; BIS / BAS - behavioral inhibition system (BIS) and behavioral activation system (BAS) in the evaluation of the personality profile and also the Myers and Briggs scale. The whole setting was based on the following problem: which is the most effective stimulus, direct mail or digital mail? What aspects can be reformulated to make direct mail more appealing?

It was also confirmed that cognitive workload is smaller in the physical format wherein the cognitive load measurement involves an effort to comprehend the stimulus and is closely related to the performance of working memory. The greater the cognitive effort, the more difficult it is to understand the stimulus, and the less likely it is to be remembered (figure 3). 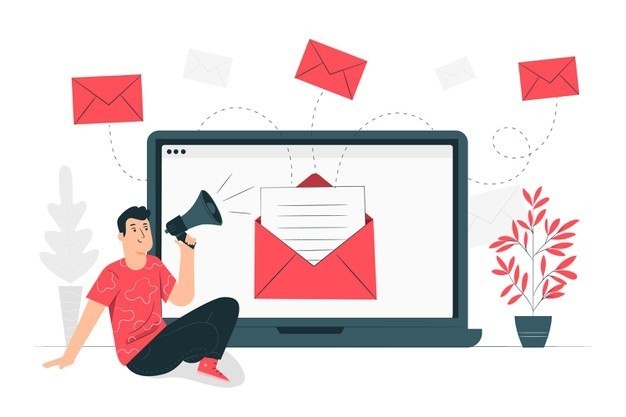 Recent studies at the request of Royal Mail and Canada Post confirm the prediction that physical advertising materials tend to require a higher level of emotional processing than digital ones, indicating that tangible materials are more likely to generate positive emotional associations, and thus become more easily implanted in the memory. In the present study, and as initially hypothesized, direct mail in a physical format is more effective in several measures. It appears more persuasive than digital, it stimulates more (positively) than digital and it generates more affectivity and preference than digital. Direct physical mailing generates even greater cognitive involvement as well as more immediacy and brand awareness than digital. In conclusion, it’s fair to say that "Your brain wants it physical!".

The future of neuroscience applied to consumption is promising and presents the possibility of investigating the decision-making process of the consumer, allowing positive identification of choices to better meet expectations of consumption, delivery or service. Finally, the results showed that physical stimuli, as in the Canada Post report (2015), are more efficient in sensory stimulation, inducing a positive affective response. This facilitates consumer decision-making and proves to be an essential element in the marketing-sales process leading to trigger action vs. inaction.